George R. R. Martin would have never thought that one day, a figment of his imagination would evolve into such a massive worldwide phenomenon; but it did more than just that. It became a universal cult. Game of Thrones, a TV show created by D.B. Weiss and David Benioff, is based on George R. R. Martin’s “A Song of Ice and Fire”. Needless to say, the show amassed a huge fan following right after season 1 was released, back in 2010. Seven years later, it still is HBO’s highest rated TV series. Well, Winter finally came to Westeros and froze minds of GOT addicts in the process, with more plot twists and double the fun! You may also like these sites to watch series for free.

Coming to the object of this article, the most obvious way to watch Game of Thrones would be to plant yourself in front of your TV set on a Sunday evening and tune into HBO. However, not everyone has the time or a cable TV subscription to do that. Moreover, the latest GOT season (7) has been officially broadcasted already. So if you’ve missed it or wish to catch up on the previous seasons, here are a few easy and legal ways of streaming Game of Thrones online.

Don’t have the time to watch the show during its official airing? HBO Go is the channel’s “TV Everywhere” service for cable TV subscribers who wish to stream on-demand content online. Undoubtedly, it is one of the best ways to stream Game Of Thrones online. This includes all HBO series, movies, and specials. You can watch all the Game of Thrones seasons, including season 7, in the best quality possible. What’s more? It is all for free! However, there is a catch. In order to access HBO Go, users need to have a pre-existing cable TV subscription from any of the following providers – Verizon FiOS, AT&T U-Verse, Comcast, Cox Communications, Time Warner Cable, DirecTV, Dish Network, or Suddenlink Communications. The best part about the service is that the content is uploaded right after it has been officially broadcasted. Plus, users can access the app across various platforms including iOS and Android devices, Amazon Fire TV Stick, Roku. Apple TV, PlayStation3, PlayStation4, Xbox One, Xbox 360, Chromecast, laptops/desktops, and select Samsung Smart TVs.

HBO Now – For the HBO TV Buff w/o Cable TV


If you’re a huge HBO originals fan but don’t have a cable TV subscription, don’t worry. HBO’s independent service, HBO Now works just like HBO Go, albeit, independent of a cable TV subscription. At just $15 per month, you can not only watch Game of Thrones (all seasons), but also stream other popular HBO series like “The Wire”, “The Sopranos”, “Westworld”, “Entourage”, and “The Night Of”. Then of course there are movies like “The Accountant”, “The Normal Heart”, “Sully”, “The Conjuring”, and “Scarface”. Again, the interface and video quality is superlative and subscribers can use the same devices for streaming as the ones listed under HBO Go. Note that you can get a 30-day free trial and enjoy the whole experience before you decide to continue.

Hulu – For the Hulu Originals Aficionado

Well, if you’re an existing Hulu subscriber, this option is a no-brainer. So if you were interested in getting a paid subscription of Hulu, go ahead as it’s one of the best sites to watch Game Of Thrones online. The HBO channel is available as an add-on that can be purchased at an extra $14/month. However, even if you’re not currently using Hulu, it is worth considering in the near future. There are basically two on-demand video plans – No commercials plan ($12/month) and Limited Ads Plan ($8/month). With either of the plans, you’ll get to stream Hulu’s original series like “The Handmaid’s Tale”, popular movies, other TV Shows, and kids programs. You may also opt for the Hulu Live TV plan for $40 a month which offers a decent number of channels such as ABC, Fox, Disney Channel, NBC, A&E, HGTV, History, and Turner Classic Movies. What’s unique about this plan is that you not only get to stream live channels but also get access to Hulu’s on-demand content, along with two simultaneous screens, cloud DVR storage, and a vast range of device compatibility.

You may also find this interesting – Is Game Of Thrones Available On Netflix?

Amazon Channels – For the One Who Loves Retail Extras

Amazon also offers HBO channel as an add-on option for an additional charge of $15 per month. They also offer a 7-day free trial period in case you’re not sure about taking the plunge. You can even get other premium channels like Showtime and Starz under this feature. Amazon channels can be streamed on many devices including the Amazon Fire TV/TV Stick, Fire tablets, computers, smart TVs, iOS and Android phones/tablets, and Blu-Ray players. However, they do have a prerequisite. You need to have any one of the following subscriptions with Amazon –

Note that If you already have a prime membership, you can directly subscribe to HBO from Amazon video. This is perhaps the best option if you’re a regular shopper on Amazon because those memberships offer a horde of extra benefits including fast and free shipping.

Owned by DISH Network, Sling TV was the first enterprise to venture into the “Online Live TV” market, aimed to supplement on-demand video services. As of now, it the most affordable Live TV service available compared to all the competitors. Sling TV offers two plans – Sling Orange ($20/month – 28 channels) and Sling Blue ($25/month – 43 channels). There’s also an option of combining the two for $40/month. However, HBO does not come as part of the package. You can stream many TV Series on Sling TV. You’ll have to add it separately for an extra $15 each month. Although, Sling TV is not meant to replace cable TV, it is a pretty awesome service if you’re satisfied with the basic channels. It is supported on Roku, iOS, Android, PC, Mac, Chromecast, Apple TV, Amazon Fire TV/TV Stick, and Xbox One.

Designed to get people to hack away the cord, DirecTV Now is a recent entrant that is owned by AT&T and boasts of a very broad live TV channel line-up under several pricing tiers. There are 4 plans – Live a little ($35/month – 60+ channels), Just Right ($50/month – 80+ channels), Go Big ($60/month – 100+ channels), and Gotta Have It ($70 – 120+ channels). Earlier this year, DirecTV Now introduced a tempting offer that they call a “loyalty gift”, according to which early subscribers could stream HBO (free) for one full year. However, that offer is no longer valid. But, if you subscribe to their upper-most plan, you get HBO for one year. Normally, this would cost $5/month when added to the package separately. At present, DirecTV Now can be accessed via Fire TV, Apple TV, Android TV, Roku, Chromecast, Android and iOS. That said, they do plan to expand the range of supported platforms in the near future. The only drawback is that DirecTV Now is not equipped with the best interface. However, its great for those looking for a fairly less expensive cable TV alternative backed by superb video quality.

PlayStation Vue – For the PS3/PS4 Owner

Owned by Sony, PlayStation Vue is another over-the-top Live TV service that initially catered to gamers with a Sony PlayStation console. However, now it works as an independent service. PlayStations Vue offers slightly complex plans. That is because some of the major channels like NBC, ABC, CBS, and Fox aren’t available in certain markets. In those markets, the same packages are available for $10 cheaper. To be more specific, they have four main plans – Access/Access Slim ($40/$30 per month – 45+ channels), Core/Core Slim ($45/$35 per month – 60+ channels), Elite/Elite Slim ($55/$45 per month – 90+ channels), and Ultra/Ultra Slim ($65 per month – 90 channels + HBO & Showtime).

Hotstar – For the Indian Fans 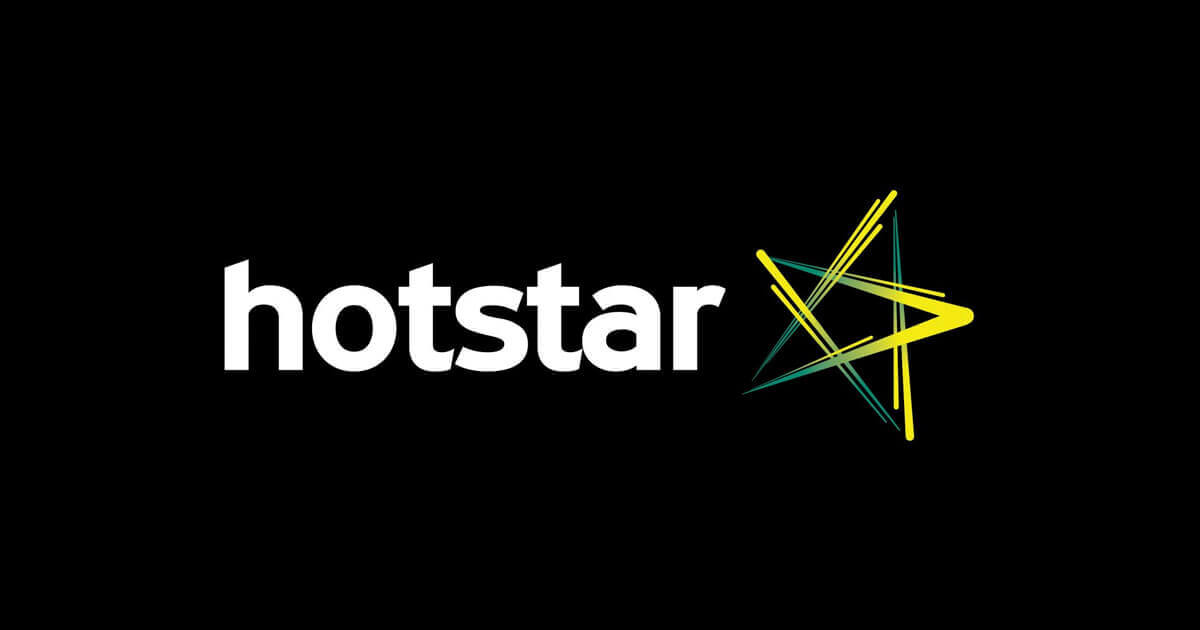 Live in India? Well, Hotstar will fix your GOT cravings! Owned by Star India, Hotstar is a digital distributor of Star India, Star World, and HBO shows. Aside from that it also offers live game streaming, sports highlights, and popular movies, across several regional languages; all for just Rs. 199/month, which is equivalent of $3 a month. Initially when Hotstar just launched, it came as a huge surprise given that HBO is a premium network and securing distribution rights from them is a fairly difficult affair. The company claims to add content (including GOT episodes), minutes after its been aired officially. However, many users have complained about the interface being buggy. You can enjoy their service on iOS and Android devices, PC, Macbooks, select Smart TVs, and Google Chromecast. Hotstar’s price point and ease of use are its biggest strengths!

If you subscribe to any plan other than Ultra, you can opt for HBO at $15 per month. Unfortunately, it cannot be connected outside of your home since it is tied to your IP Address. What that means is that even though the app is available on iOS and Android, you’ll either need to have a ready profile set-up at psvue.com/watch or on a TV-connected device to subscribe. Plus, it still works the best on the PlayStation consoles in terms of interface and functionality. Therefore, this option only makes sense if you’re a PS3/PS4 owner, unless you want the ultimate cable TV replacement.

These services are currently only available in the U.S. and U.S. territories. If you live elsewhere, you could try using a Smart DNS server or a VPN service to unlock the geo-restrictions. Also, note that aside from HBO Go/HBO Now, all other services mentioned here offer “HBO” separately since it is a premium network. So if you’re just looking to stream GOT and other HBO shows, HBO Go or HBO Now should be your choice of streaming provider. It is quite affordable and works brilliantly. However, if you want extra benefits and added features such as live TV, TV series from other sources, or on-demand movies, you must check out the other options. All the services listed here have the latest season of Game of Thrones so ultimately, it comes down to what suits your requirements the best.