Year on year, the graph for how many people use mobile phones (globally) just keeps going up. As per research, as many as 4.77 billion people were reported to have access to a mobile phone in 2017. But enough of the statistical part. What we’re trying to broach is that out of this figure, there are many of us who spend a large chunk of our time on streaming entertainment.

Speaking of streaming, there is a whole gamut of services which let you watch movies or TV shows online, right on your phone, either for free or at a reasonable price. Many of them even allow you to download content for offline viewing. Yes, it is true that the experience may not be as engaging as when watching media on a big screen. Nevertheless, it is still a great option to have, especially for when you’re traveling or simply need to kill time.

So if you’re a movie buff looking for the best apps to watch and/or download movies for free, on your Android device, we’ve got you covered. Here’s a list of our top picks:

Crackle is the brainchild of Sony Pictures Entertainment. This means that the app is both, legal, and reliable. Moreover, its totally free of cost, albeit, ad-supported. You can use the app to watch movies, TV shows, and web series. Crackle has partnered with some really eminent production houses such as Columbia Pictures, TriStar Pictures, Funimation Films, Screen Gems. As of today, the service can be accessed in 21 different nations in three different languages, including English, Portuguese, and Spanish. That said, we did identify two minor drawbacks – A) The videos are mostly available in SD and not HD. B) The selection lacks the latest titles due to copyright/distribution restrictions. Nevertheless, it is still definitely worth downloading!

Flipps is a fairly known app for streaming not just movies but also TV series, sports highlights, and music in the best possible quality. Its interface appears to be rather familiar since it is mostly an amalgamation of the best elements of various streaming services such as YouTube. You’ll find that discovering content using this app is super easy with an impressive over all design. The best part about Flipps is that it allows you to watch content on the big screen (SmartTV) without the need of any extra cables, software, or equipment. It supports Sony TV, Apple TV, Samsung, LG, Xbox, and Chromecast. You can pick from over 100 channels, thanks to content partners like Bloomberg, Showtime, Fusion, Magnolia Pictures, and the like. Having said that, Flipps could certainly use more improvement in the area of content spread. Moreover, the ad-free version comes at an extra cost. While most of the apps mentioned above operate on a similar model, and parallel libraries, SnagFilms takes a slightly different approach, with a different aim. The service is targeted at a niche audience, featuring indie films and documentaries. This, in turn supports talented, burgeoning movie-makers, serving as a platform to exhibit their work. As of today, its library subsumes close to 5,000 high-quality titles, ranging across various interesting sub-genres like Award Winners, Festival Favorites, Music, Politics, Classics, Spirituality, Sports, Comedy, Food, Kids, LGBT, Military/War, and Thrillers. It is currently supported across platforms like Android, iOS, Amazon Kindle Fire, Blackberry, PlayStation consoles, Xbox Live, select Smart TVs, and Vudu. If you’d like a piece of something different, do check this app out. Note that SnagFilms requires you to register yourself (for free), before streaming. One of the most well-received free movie apps, Movie HD is exclusively made for Android users. That said, it does work on Chromecast in case you wish to watch stuff on a bigger screen. Movie HD contains some of the most popular movie and TV show titles, with new ones being added on a regular basis. You can watch the desired title in either 360p, 720p, or 1080p video quality at a fairly decent streaming speed. You can also download content if you want to keep it for later. Currently, the app boasts of a massive library with over 50,000 titles that you can consume without having to register an account.

Established in Switzerland, Viewster quickly grew to become one of the most well-reputed streaming services, mainly known for its anime and documentary titles which can be viewed in HD. Other than that, you can also use it to watch over 12,000 movie titles (mostly inde films) and a huge range of TV shows including Korean and British drama. Some of the most notable shows on Viewster are Peep Show, Shameless, and Inbetweeners. Apart from your android phone, you can enjoy this service on iOS devices, select Smart TVs, and Xbox Live (on Xbox 360). The interface is incredibly straightforward, albeit, ad-interrupted. Nevertheless, if you’re into anime and other aforementioned niche categories, do give it a try. You may also like best music downloader apps for Android.

Similar to Viewster, Tubi TV is a free, ad-supported streaming app which offers content from biggies like Lionsgate, Metro-Goldwyn-Mayer, and Paramount Pictures. As of now, it rests on a gigantic library of over 50,000 titles, a close second to Netflix! Content is added pretty much on a weekly basis so you’ll never fall short of entertainment. You can access Tubi TV on a wide array of devices including Android, iOS, Roku, Apple TV, Chromecast, Amazon Fire TV, PS4, Xbox 360, and Xbox One. Currently, it has one of the best ratings for a free streaming mobile app so definitely check it out. 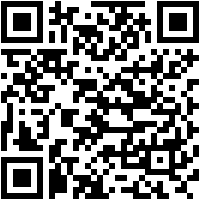 Big Star Movies is a relatively new and less popular movie streaming app. They tell you forthright that they cater to movie enthusiasts with a taste in indie films, foreign films, film festival winners, documentaries, and short films; as opposed to big Hollywood hits. So if the former is what you’re interested in, this app is surely for you. The free version does come with brief ads through the streaming. However, if that’s bothersome, you can always upgrade to their Premium plan for only $4.99/month, which quite cheaper in comparison to other online video-on-demand services. Popcornflix is again, a free video-on-demand app that enables you to stream TV shows, movies, and plenty of web series as well. That said, majority of the content is fairly old. In case you love classics or are looking to re-watch/catch up with popular titles, this app is your best bet. Personally, the experience was quite smooth and snappy in terms of browsing and interface. The content is carefully categorized under genres like Action, Comedy, Drama, Thriller, Staff Picks, Recommended Movies, Foreign Films, and Mystery. You can watch the movies/TV shows in DVD quality without much buffering. The only issue that we faced was the lack of a functional in-built video-player. Anyhow, Popcornflix is supported on Android, plus other devices like Roku, Amazon Kindle, Smart TVs, iOS devices, and Xbox. You must have heard of the phrase, “There’s no such thing as a free lunch”. Well, that stands true even in the media streaming arena, albeit, only partly. With the above apps, you do get a host of titles to watch and/download for free. However, its important to remember that most of them are constantly under development or are new so they aren’t completely flawless. You may encounter errors and crashes, and might even get annoyed with the ads. But I guess, you’ll just have to get used to it since the value you get is far bigger in comparison. On Dreamy Tricks, we will continuously update you with list of new movie apps for Android.

Moreover, some of them run legally so due to copyright restrictions and budget constraints, they maybe unable to bring you the latest releases. Even then, they’re worth downloading and giving a go. Needless to say, you should choose one that caters to your media needs.