I absolutely hate waiting, especially when there’s nothing I can distract myself with. I’m pretty sure you feel the same. Be it at a dentist’s office, on an airplane, at a salon, or even out on the street; it can make you feel all antsy or bored. Thankfully, the 21st century smartphones are fully equipped to entertain us at all times. And now, they’re even capable of playing movies for us as and when we wish to watch. Recently, we have also shared many free movie apps for Android.

Initially, most of the apps only enabled us to stream Hollywood movies, making a large chunk of the population feel left out. But today, there are plenty of services which offer not only Bollywood movies but also regional films in various languages such as Punjabi, Bengali, Malayalam, Tamil, and Gujarati. In fact, you can also get access to English movies, dubbed in Hindi and other languages.

Unfortunately, not all the movie apps can be trusted. Many of them are fake and can potentially harm your device by infecting it with malware. Therefore, we’ve ferreted out the most reliable ones for you. Check them out below.

Hotstar is undoubtedly the most well-known entertainment app on this list, and for good reason. It is supported on both, iOS and Android platforms, and you can even use it through their web interface. Hotstar’s offers movies in Hindi, Bengali, Telugu, Marathi, Malayalam, Tamil, and English. You can also watch news, live sports events, and TV shows native to the Star network and HBO. Though the service does offer free content (limited), its worth upgrading to the premium plan (Rs.199/mo). Coming from the house of Reliance Industries, you know that JioCinema is quite a dependable service. Using this app, you can not only stream but also download movies/TV shows in Hindi, English, Kannada, Telugu, Tamil, Marathi and many more languages. The content selection is extensive and the service is available on iOS, Chromecast, and Android platforms, for free sans ads. The only downside is that JioCinema is accessible only to Jio Sim users.

For just Rs.999/year, Amazon offers you the Prime Membership, featuring a ton of benefits including free fast delivery, early access to exclusive deals, Prime Music, and of course, Prime Video. With Prime Video, you can stream as well as download movies & TV series in Hindi, English, Telugu, Tamil, Marathi, and Bengali. It is supported across devices including iOS, Android, PC, laptops, and Amazon Fire TV Stick.

BeeMovie is a lesser known movie app but is definitely a worthy contender that caters specially to the Asian entertainment market. You can watch all the latest releases (movies and TV shows) from Bollywood, Tollywood, Hallyuwood, Kollywood, and Hollywood (dubbed) on your Android phone. Unfortunately, there’s no official app so you’ll need to download the APK file from a 3rd party website. Spuul let’s you enjoy content worth 10,000 hours, including old as well as new movies in Hindi, Punjabi, Hyderabadi, Tamil, Malayalam, and Bhojpuri. They have both, a free and a paid version. With a free account, users can watch/download select movies, add them to a watch list, and sync the list across devices (iOS & Android). The premium plan allows access to the Premium catalog (without ads) and can be availed at Rs. 300/mo. Owned by the well-reputed firm, Times Internet, Box TV brings to you a large plethora of feature films for free, available in a vast number of languages such as Hindi, Tamil, Telugu, English, Marathi, Bengali, Punjabi, Oriya, Urdu, Kannada, and Bhojpuri. It works on iOS and Android devices and does not require you to sign up in order to start streaming. Eros International Media Ltd has produced several big-banner movies in the past. Eros Now is the company’s on-demand entertainment service, offering Bollywood movies and regional films supported on iOS and Android platforms. It offers mainly three subscription plans – Basic (free), Plus (Rs. 49/mo), and Premium (Rs.99/mo). The Basic plan allows you to stream movie trailers and music videos only, Eros Now Plus enables you to stream movies/TV shows, and music, and the Premium plan let’s you do all of this along with features like HD, subtitles, and offline playback. 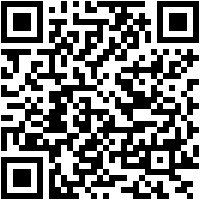 Similar to JioCinema, Airtel TV is also available only to Airtel SIM users. That said, it is loaded with content, from Bollywood movies to Regional movies to International content to Live TV to popular TV shows. You also get to stream trailers of upcoming flicks, log in on 5 devices simultaneously, and access Eros Now’s library (without subscribing to their paid plans), HOOQ, Sony LIV, and YouTube (handpicked content). You can download the app on either an iOS or an Android phone.

Most of you are perhaps already acquainted to this brilliant entertainment app that is Netflix. It is hands down my personal favorite, by virtue of a sophisticated interface, colossal content catalog, diverse device support, and an efficient customer service team. Netflix offers three subscription plans – Basic (Rs. 500/mo, 1 screen in SD), Standard (Rs. 650/mo, 2 simultaneous screens in HD), and Premium (Rs. 800/mo, 4 simultaneous screens in HD/Ultra HD). You can stream as well as download popular movies and TV shows in English and Hindi. The best part about this service is that you get access to its self-produced quality content (Netflix Originals) with any of the plans. Zee5 is a subsidiary of the well-renowned Indian entertainment company, Zee Entertainment Enterprises Limited. This on-demand streaming app offers a legion of content including TV shows and movies in Hindi, Bengali, Telugu, Kannada, Oriya, Bhojpuri, Punjabi, and Marathi. Aside from that, you can also watch Hollywood dubbed and South Indian dubbed movies if language is a barrier. What’s more? This app also lets you stream Zee Originals like Table No. 5, Horn OK Please, and Life Sahi Hai. There’s also a live TV streaming option that you can use to stream TV shows, music, and news. Zee5 can be downloaded using either an iOS or an Android device. LiveNet TV is yet another awesome app, boasting of over 800 live + VOD channels featuring content across nine categories including Entertainment, movies, music, documentaries, news, cooking, kids, and religious. You can pick and choose from a myriad movie category such as Bollywood, Hollywood, Hollywood dubbed, Animated, and Punjabi movies. LiveTV Net comes with in-built media players such as MX Player, XYZ player, XMTV player, and Android player. You’d be glad to know that the service is entirely free. The drawback is that it is supported on Android and Chromecast only. Also, the app needs to be downloaded as an APK file from a 3rd party website. Voot has recently garnered a lot of attention from the Indian entertainment viewers by virtue of a vast assortment of content such as coming-of-age self-produced TV series, relatable web series, shows from popular channels like Colors, MTV, and VH1, and of course, movies ranging across languages like Hindi, Kannada, and Bengali. They also have a separate category for Kids! The best part about this service is that you get to enjoy it for free in exchange for watching ads. Voot can be accessed via their web interface, or on devices the iOS, Android, and Amazon Fire TV Stick.

YouTube, as we all know, is the biggest vault of all sorts of videos ranging across genres like beauty vlogs, gadget reviews, and funny home videos. What some of us don’t know is that it also offers a large catalog of movies in Hindi, English, Tamil, Telugu, Kannada, Punjabi, Bengali, Gujarati, and Marathi. Though there are a few movie production companies and users who upload flicks for free, the most recent releases and popular titles usually need to be either purchased or rented (from under the YouTube Movies section). However, the price starts at as low as Rs.20 so that’s not much of a deal breaker.