Tinder is not your average bear. Rather, it is one of those few mobile apps to have achieved a pervasive reach around the globe, creating a bandwagon effect. Almost every other person loads up the app when they wish to pursue new dating ventures. And why wouldn’t they? With a solid active user base, a sophisticated interface, and an excellent rating, it has to be the top choice for most of us.

In my opinion, Tinder is one of the easiest dating apps to use, packed with a bunch of useful features. The creators have maintained the app’s minimalistic design and function where users have to simply approve or reject a massive pile of profiles based on their pictures. But as you may already know, it does have a few deterrents.

One of the major bitter pills associated with the app is its “hot or not” swiping approach; occluding a large chunk of the users who may not be mirror-cracking material. Another hitch is that Tinder doesn’t cater to any specific segment of the market, so you’ll come across all sorts of users – the perverts, the stalkers, the robots, and the exhibitionists.

But don’t worry. Whether you’ve had a bad experience with Tinder or feel that it isn’t your thing, we’ve compiled a list of all the apps which are similar to Tinder, yet so disparate. Take a look – Happn boasts of a unique concept whereby users can discover people whom they have already rubbed eyeballs with. Yes, it does sound a little creepy at first, but isn’t it better to go out on a date with someone you have something in common with rather than match with someone who is perhaps sitting in a different country altogether (like in the case of Tinder’s passport feature)? Sometimes it also so happens that you cross paths with a person you find really attractive but don’t know how to approach. You may never even see them again! It is one of the best hookup apps for Android. This person might frequent your gym, your favorite coffee shop, or perhaps even lives in the same building as you! Enter Happn. Happn uses your GPS system to track the number of times you have encountered someone. Plus, if you do find someone you liked, you could send them a heart and they wouldn’t find out unless its a “crush” (match). Want them to know? Send across a charm! Bumble is a close clone of Tinder, quite literally! Fun fact: it is the brainchild of Tinder’s former co-founder, Whitney Wolfe Herd. Her aim was to create a safe space for women in the world of online dating. Much like Tinder, users must sign-up via Facebook and set up their profile by updating their picture and some basic information about themselves. The difference here is that Bumble doesn’t allow men to initiate a chat even after a match. The app requires women to start a conversation or else the matches will disappear within 24 hours. In case of a match where both parties are of the same-sex, either user can initiate a chat. Users can mark conversations as favorite in order to sort them, send photo texts, and swipe. Similar to Tinder, users are allowed to rewind an accidental left swipe; Bumble calls it “Backtrack”. There’s a BFF mode where users can make new friends but the method remains the same; swiping. Bumble offers a premium service that comes with several features – Boost ($9.99/mo), Beeline, Busy bee, and Rematch. Despite being a relatively new app, Coffee Meets Bagel has garnered a lot of attention already. It is one of the cutest dating apps that was conceived by three sisters in the same year as Tinder. Users are exposed to one potential match a day (known as a bagel). You have to “like” your bagel’s profile within 24 hours or they would disappear forever. However, you can chat with them only if they like you back. Furthermore, once you have matched with your bagel, you get only 8 days to take things forward, after which your chat will disappear. This maybe seen as a drawback by some but in my opinion its a great feature since it encourages you to exchange phone numbers and decide to meet rather than pile up matches and not really do anything about them. The only downside is that you get just one bagel a day; but I guess CMB believes in quality over mindless swiping. 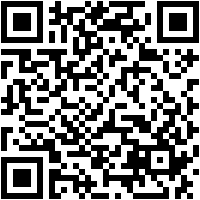 Commonly referred to as OKC, OKCupid is a U.S. based dating app that promotes dating as well as friendship, using multiple-choice questions as a means to match users. This is where it sets itself apart from Tinder. OKCupid requires users to fill out answers to a zillion questions to even set up a profile. You need to not only answer for yourself but also indicate the answers that you would like from potential matches. The questionnaire is critical to OKCupid since it is the only way the app calculates the match percentage. If you’re someone who absolutely despises Tinder’s “like or pass” approach based off of a picture, then you’d perhaps love this app as it places a lot of emphasis on actually knowing a person and matching on basis of shared passions and interests. What we dislike about OKC is that most of the features are locked and can be accessed only if you pay for it. 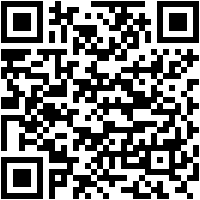 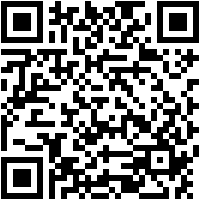 If you’re someone who is fed up of playing the trial and error game or worries a lot about safety and security when it comes to online dating, Hinge is a must try. This app promotes more meaningful relationships that come through acquaintances. Basically, Hinge suggests a limited number of potential matches based on the number of mutual friends both parties share on Facebook. This is awesome because it focuses on showcasing your actual personality while eliminating mindless swiping and reducing the chances of encountering someone who is completely out of your social grid. They do offer paid services – $12.99/month for one month, $6.99/month for 3 months, and $4.99/month, for a much more enhanced experience. 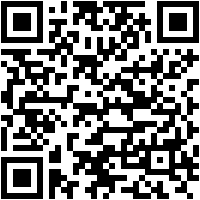 Not ready to get into anything serious yet? Try Jaumo. This app is meant for people who’re looking to have some fun. Jaumo boasts of an excellent user rating by virtue of a simple, yet sophisticated design and interface. You can use it to date members casually, flirt with them, or just have a fun and interesting conversation without the need of actually meeting them. Currently, the app has over 30 million members with very few scammers. Though a few features are available for free, most of them will require you to upgrade to the VIP plan in order to access. As far as security is concerned, Jaumo is totally safe to use and all of your personal information will remain anonymous unless you decide to reveal it upon connecting with someone.

You may also like these top flirting apps for Android. 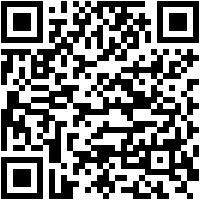 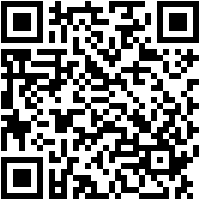 Though not as widely popular as Tinder, Zoosk is an upcoming dating app with a user base of over 40 million members in 80+ countries around the globe. This app caters to a broad range of audience. You could be interested in simply meeting new people in your town or in a new town, seek love, or go out on a couple of dates, Zoosk is sure to help you. Filtering profiles is as easy as typing in preferences based on parameters such as body type, height, religion, and more. The app has a feature called “Personalized SmartPick” that suggests matches based on your likes and preferences. Although the app is free to download, it does charge a monthly fee if you wish to send more than one message to your match. The monthly fee currently stands at $29.99/month. Sick of creeps? Well, The Grade is a new-age dating app that goes by the tagline #NoMoreCreeps. As the name suggests, this app works on a grading system in which members will grade your profile anywhere between A and F, based on parameters such as messaging behaviors, photos, and profile. If you somehow manage to piss users off and get an F, your membership will be revoked. However, you’ll still get a chance to appeal rejection. Sounds too stringent? Well, the creators of The Grade are unapologetic about it and are rather proud to set higher standards in the online dating microcosm. So say goodbye to perverted texts, unwanted images of someone’s junk, and inactive members. The best part? Its absolutely free to use. That said, if you’re the one making trouble or with a weak profile, be prepared to receive criticism. Are you a music lover? If yes, then you must definitely check out Tastebuds. This app has one of the most unique concept in that it facilitates meeting people based on their taste in music so there is something in common to connect over instantly. I have personally known of people who take music so seriously that they even choose friends to hangout with according to their preferences. There’s nothing more annoying than to have a date who is always jamming to Hip Hop when you’re into progressive house. You could even plan activities such as going to a music concert or gig along with your match! Isn’t it an icing on the cake? 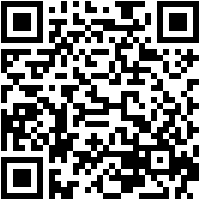 Skout has been around even before Tinder came into the picture. It is one of the first dating apps to use GPS-based networking with currently over 500 million connections in more than 180 countries around the world. You can meet people as per proximity and other preferences, chat with them, broadcast live or watch others broadcasting themselves, see who checked out your profile, boost your profile, and more. Note that even though Skout let’s you build friendships or go on casual dates, its more inclined towards promoting meaningful connections. The app has a very pleasing design and interface that you’ll get around to in no time. Not an adult? No worries! The best thing about Skout is that it has a separate service for teens within their app.

You can try the app that appeals to you the most. Keep in mind that most of them offer in-app purchases to get hands on their premium features. Also, one common problem amongst dating apps is that you will come across plenty of bots, inactive users, perverts, and scammers. Try to filter such profiles by mentioning what you’re looking for right on your profile or choosing an app such as “The Grade”. In case of free apps, you can’t do much about the ads.

We hope that our list helps you to find more dates or people to make friends with.