So, you are an Android user, right? I am glad that you came here to find the best android lock screen apps for 2016. Every time we see the same lock screen and as usual, it’s very boring for us to look into it each time we turn the screen on. The best way to overcome the boredom is to use any of the best lock screen replacement apps for Android. It not only changes the lock screen but also personalizes the same in an astonishing manner.

Most of the smartphone manufacturers are not keen about the design. They care only about build and performance. That’s the reason a majority of Android devices has got a dreary lock screen.

So, here you are going to find the best Android lock screen apps to replace your boring lock screen with a stunning one.

Finally, Microsoft has decided to go with the wind. That’s why they launched some apps on Play Store. Next Lock Screen is one among them.

Being one of the best lock screen replacement apps, you can do a lot of things with it apart from mere unlocking. Let me explain those, one by one.

Just like every other lock screen apps, Next Lock Screen also allows you to set up different screen unlocking patterns. Along with pattern, pin and password, you can opt for fingerprint option only if your phone’s hardware is capable.

Every single notification is displayed on the lock screen itself. And Next Lock Screen allows you to call and message your favourite contacts without unlocking the phone (only if you want to).

A quick access bar is placed on bottom using which you can launch frequent apps and access camera, flashlight, Wi-Fi, etc. as well.

The music controls are also present on the lock screen that reduces the efforts to play a song after unlocking.

I think a blog post is needed to explain the complete features of this best Android lock screen app because a lot of features are there.

If you think a third-party apps kills your device’s speed, you can increase RAM in Android.

Do you want to have fun with your friends using Android lock screen? Then, this one is the perfect pick.

If you are in search for an Android lock screen app that offers locking methods, this won’t suit you the best. LokLok has no locking facility (Irony, huh?).

You are cordially welcomed to try this app if your phone stays safe even without a lock.

The idea is funny and simple too. It can be unleashed fully with your friends, not alone. Just install this one of the best lock screen replacement apps on your phone and, you are good to go.

Press the power button twice to see your lock screen after the installation. You will see a screen that reminds you of a whiteboard. It is possible to create a group so that everyone in the group can have the same lock screen.

LokLok is more of fun than a lock screen application. You can connect with everyone in the group throughout the day. Just draw on your screen and boom. It will be seen on all phones in the group, and they will see the same soon after picking the phone.

What if a lock screen apps protect your phone and let you know when someone tries to sneak into it? Will that be awesome? That’s exactly what Alarm Antitheft Screen Lock app does.

The app is available on Play Store for free. If you want extra features, you will need to spend some bucks for the in-app purchases. So being an antitheft alarm app, this app is more of a security app than a lock screen app.

Let me tell you how this best lock screen app works now.

Suppose you put your phone away and engage in a task. This time, one of your friends comes into the play and tries to unlock your box of secrets (phone of course). He can’t succeed because he doesn’t know the pattern or pin. As soon as he fails, your phone will start making a loud irritating alarm enough to reach your ears.

Want to personalize your home screen also? Try out these best Android launchers.

Do you have a habit of reading the newspaper or at least, reading news online? If you have it, this app is going to grab your attention.

Though Next News Lock Screen comes free, you will see some in-app purchases which in term make the app more efficient. You won’t get a pin or pattern lock with the free version.

The important feature of this lock screen replacement app is it shows news from different websites on your lock screen, not some random boring articles but extremely targeted and completely from your interests.

After the installation, you can check the categories from which the news should be displayed (be it tech, sports or anything). So, whenever you turn on the screen, news from those categories will be shown.

Is iPhone your ex? Then, it is awkward for you to use Android for some time. On such an occasion, SlideLock Locker can come to your rescue.

It is one of the best Android lock screen apps with lots of features. The materialistic design will take your breath away at the first glance itself.

Three locking options are available- slide, pattern and pin. The notifications can be opened with a double tap and dismissed by a swipe.

If you swipe from right to left, the app will launch the camera. Whenever you get a new notification, SlideLock Locker turns the screen on for some time to show it. 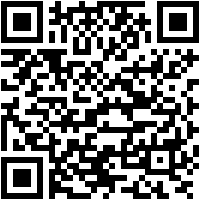 Have You Chosen the Best Android Lock Screen App?

I have given you the list of five best lock screen replacement apps for Android. Now, it’s your turn to choose one from them. Each one from the list is different and serves entirely different purposes.

Pick one that suits your interests. Have a nice day.