Remember the song “World at Your Feet”? The famous English rock band, Embrace, clearly weren’t thinking of smartphones when they made this song or else, the lines would have been, “World at your fingertips”. Confused? We’re referring to the 5 inch geniuses, your smartphones! It can literally perform any task under the sun, amplifying the level of convenience by tenfold. And with majority of the people now having access to a smartphone, it only makes sense to bring entertainment to handhelds. While most people know of apps that enable you to watch popular movies and TV series, few are aware of apps that let you stream Anime online. Recently, we have also shared mobile movie download sites. 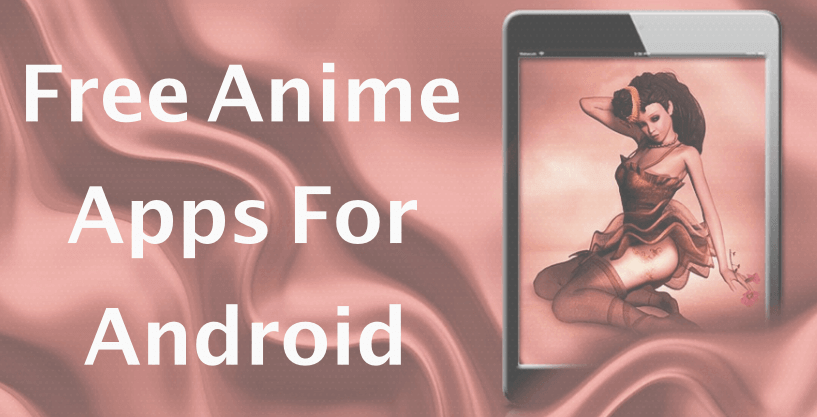 Though anime originated in Japan, it quickly garnered attention from the West. Anime facilitates a highly intriguing world that would have otherwise been impossible to build. That, coupled with relatable characters, stunning visuals, alluring storylines, and a stress-busting element, what’s not to love? If you’ve ever thought of anime as equivalent to cartoons, now would be a good time to give it a shot. If you’re an existing anime fan looking for the best anime apps for android devices, here are a few of our favorite picks:

Crunchyroll is basically the Netflix of anime streaming. Why you ask? Well, it is a legal app with over 950 titles including simulcasts (mostly subtitled), an excellent interface, worldwide availability, and an extensive device support. Crunchyroll offers both, free as well as paid content. The selection is quite limited as far as the free version is concerned, and the video quality wouldn’t be the best. For only $6.95 per month (two-week free trial period available), you can access all the titles in HD without being bothered by ads. Not only can you stream anime series but also read manga on their platform. If you like the experience, you can even upgrade to a “Premium+” at $11.99/month, and avail additional benefits. However, the only drawback is that not all the titles are available in all countries due to licensing restrictions.

Funimation is Crunchyroll’s biggest rival yet in the list of best anime apps for android. Although both the services are similar in several aspects, they do have one major difference. While Crunchyroll is more focused on subbed content, Funimation’s strength lies in dubbed anime. So if you’re one of those who prefers to watch anime in English, you know which one to choose. Another minor difference is in their content selection. Crunchyroll is better known for featuring the latest releases and simulcasts whereas Funimation is the perfect fix for good old classics. The service offers a free as well as paid version. With the free plan, you can watch only a limited number of titles in decent quality, with ads at regular intervals. The paid membership is available at just $5.99 per month/$59.99 per year, offering access to unlimited titles in HD quality, sans commercials. You also get two simultaneous streams along with this plan. As of now, Funimation is available in the U.S., Canada, UK, Australia, and New Zealand and can be viewed using a wide array of devices.

Launched in 2003, Anime Crave is an ad-supported, reliable anime streaming app that claims to be outfitted with over 2000 anime titles, both, old and new, in HD. It boasts of a comprehensive list of supported platforms including Android, iOS, Amazon Fire TV/TV Stick, and PC. This is great in case you use multiple devices and like to watch anime on the go. What’s great about Anime Crave is the fact that aside from anime series, you can also watch anime movies, download anime wallpapers, stream anime music, and watch anime trailers. But that’s not even the best feature! Anime Crave has a “gain points as you go” system that can be redeemed for availing anime gear, DVD sets, or the paid membership. The paid membership (AC Live) starts at only $4.99/month with quarterly, half-yearly, and annual payment schemes. Note that the free version gives access only to a limited number of titles, some of which cannot be viewed in HD.

If you like a good mix of content and don’t wish to pay for it, Viewster maybe an ideal choice for you. Based in Switzerland and founded in 2007, this service allows users to stream content in DVD quality with a few titles available for viewing in HD. Aside from anime, you also get to watch theatrical movie releases, documentaries, indie flicks, and some Korean drama. What really impressed us is Viewster’s smooth and easy to use interface, with perhaps the best browsing experience on a free anime streaming app; thanks to a flawless categorization system. Our only gripe with the service is that the anime selection is quite narrow. However, you can watch some good-quality series such as Blast of Tempest, Oreimo, Servant x Service, and Daybreak Illusion.

If the legality of an app is not one of your major concerns, Animania is perhaps the best anime app for you. Though not available officially on the Google Playstore, you can side-load it on your device by downloading the APK file. Animania has an intuitive interface, backed by a premium looking design. You can stream titles such as Naruto: Shippuden, One Piece, Dragon Ball Z, etc. However, these are just a few examples. Animania is popular for sporting a comprehensive catalogue that promotes the “all you can eat” ideology. Content discovery is a breeze, thanks to categories like “Popular”, “Latest”, and “Browse” under the tabs “Shows”, and “Movies”. This app also allows you to download free anime from web in just one click. Aside from anime, you can also read tons of manga titles. Recently, a lot of users have been complaining that the service no longer provides links and fails to play any content. However, this could be a temporary issue.

You must be surprised that Netflix itself is listed on here even though we said that Crunchyroll is like the Netflix of anime streaming. Well, Netflix may not have the widest anime content selection, but if you love exclusivity, it is definitely worth checking out. Also, if you’re an existing Netflix member, it wouldn’t do you any harm giving it a try anyway. Otherwise, you can get a subscription for $7.99/month in SD or $11.99/month in HD. Netflix’s mostly features mecha anime, i.e. science fiction anime series. Some of the most commonly recommended ones are Sword Art Online, Fullmetal Alchemist: Brotherhood, Samurai Champloo, Death Note, and Ouran High School Host Club. As you might already know, Netflix has even produced its own anime series. The most notable ones include Castlevania, Knights of Sidonia, and The Seven Deadly Sins. On the downside, some of the titles are incomplete and may not have all the seasons or episodes available for streaming.

For all the Australasia anime fans, AnimeLab is your ultimate anime streaming destination, for real. Owned by Madman Entertainment, AnimeLab is both, legal and free. The service offers not only the most popular anime series (50+ titles), but also the top-notch anime shows, directly from Japan; in other words, simulcasts. All of the content can be streamed in HD quality across platforms such as Apple TV, iOS devices, Google Chromecast, PS3, PS4, PC, Xbox One, and of course, Android devices. However, the only pain point is that it plays ads in between episodes since that is the only source of income for the makers of this platform. But for the amount and quality of content you get, ads are a very small price to pay.

Anime TV is quite a popular one that offers free anime content to its users in superior quality. Not only does it let you stream your favorite anime series but also download it so that you can watch it offline as per your convenience. We’re not completely sure whether Anime TV is an official/legal service but as far as we know, it is totally safe to use. This is because the app is available on the Google Playstore which means that it has undergone Google’s screening procedure and is free of any viruses. You’ll find both, subbed as well as dubbed titles. What’s unique about Anime TV is that not only are these titles available in English, but also in Portuguese! Anime TV is equipped with a very simple design and boasts of fast load-speeds. However, if you prefer an elaborate design with more category options for discovering content, you might be disappointed.

“I won’t run away anymore…I won’t go back on my word..that is my ninja way!” – Uzumaki; can you recall this line? Well, if you’re a Naruto fan, you’ll surely remember. And you’ll also love this app! Naruto Shippuden is an ancillary service of Crunchyroll that let’s you watch all the seasons/episodes of Naruto, one of the greatest anime franchises of all time. You can access it in HD, via a bunch of platforms like PS3, PS4, Apple TV, Roku, and Xbox 360, apart from watching on your android device. That said, you can’t watch all of it in HD if you’re not subscribed to the paid plan. Also, the content will be interrupted by frequent ads so if you wish to skip those, its worth upgrading to the premium membership. Note that this app is solely meant for those who wish to watch Naruto.

Since #Animania may not function properly for everyone in every location, this works as a great alternative. Watch Anime has over 7000 titles. The app can be downloaded straight from the Google Play Store. Aside from anime series, you can also watch a great deal of anime movies and stream music too. However, the biggest con of this app is that there are no subs. You’ll have to key in the title in the search bar and check if it is available in English/other languages. In case you like an intricate interface with maximum customization, this may not be for you.

Anime is the latest fad in the world of online entertainment and the market will only grow further. The options of watching it on your phone tablet are endless. If you like a well-built app (also, legit) with great customer support and high video quality, go for a paid service. If you’re stringent as far as budget is concerned, try out a free service. Most of the free services listed here, offer the latest series along with subs/dubs. So it was all about best free anime apps for Android. Let us know if any good app is missing in this list. Keep visiting our blog Dreamy Tricks to read about latest android apps and sites.